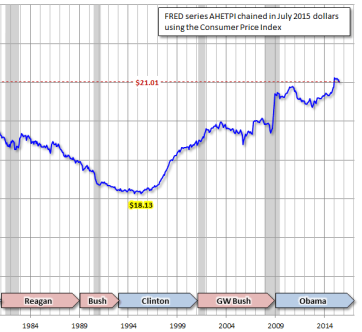 This data is from Adviser Perspectives, advisers to wealth managers. The data is verifiable through many other sources.

Wealth Advisers explains: “Note that this is a gross income number that doesn’t include any tax withholding or other deductions. Disposable income would be noticeably lower. Latest Hypothetical Annual Earnings: $35,402, Down 14.6% from 42 Years Ago…That’s a 14.6% decline from the similarly calculated real peak in October 1972. In the charts above, we’ve highlighted the presidencies during this timeframe…. We will point out that the so-called supply-side economics popularized during the Reagan administration (aka “trickle-down” economics), wasn’t very friendly to production and nonsupervisory employees.”

This very day, September 28, 2015, Don Lemon of CNN interviewed Trump’s business advisor and also the infamous Grover Norquist, whose claim to fame is that he extracted from everyone on the Conservative side of our political spectrum, a pledge not to increase taxes–ever, for any reason! It’s in writing. They all signed it.

Erin Burnett interviewed Trump today. His new tax plan proposes to reduce taxes on everyone, including the wealthy. He suggests he will punish only hedge fund managers, but examination suggests that even they will see net tax decrease. Of course, tax reductions for the middle class and the poor are welcome. But…how is the resultant shortfall in government revenue going to be made up? How is he going to pay for his Wall, and for his expanded military?

All three on the Trump/Conservative side interviewed, essentially reverted to the old adage–that tax reductions will increase economic growth, and that economic growth will “trickle down” to all, including the middle class and the poor.

There are only two problems with all this:

(1) It’s not evident that cutting taxes will automatically increase growth. Essentially, when my taxes are reduced, I don’t necessarily invest the savings in new productive capacity for the economy. That’s the faulty claim. And, I don’t even necessarily spend it to buy goods of production or services. That might increase demand. I might just save it by buying a new home, a new boat, some stocks, or a larger savings account, etc. This is especially true when effective tax rates on corporations and the wealthy (loopholes included) are already low and there already exists sufficient motivation for all to invest.

(2) And, even if there is improved economic growth, it does NOT automatically translate to well being for the middle class and the poor. Under Reagan, the icon of Conservatives, economic growth was indeed strong (by US standards), during the last 6 of his 8 years, averaging 3.8%. There was job growth. However, there was NOT wage growth. Take another look at the chart at the beginning of this post. Note that real wages declined under Reagan, notwithstanding the improved GDP growth. One obvious proof that economic growth does not necessarily improve the plight of the middle class and poor can be found by a quick look at China’s recent history. Across the last 35 years, China has enjoyed economic growth of about 10%. During this time, the Gini index (primary measure of inequality) has steadily risen to peak levels, equal to that of the US (below). The benefits of that growth have largely gone to the wealthy. Same is true in the US.

Regrettably, under both Republican and Democratic administrations since 1972, wage growth has been stagnant. Worse–it’s been down.

The Conservative policies initiated under Reagan have steadily expanded across the 40 years since, under both administrations. The result of those policies have been very good to the top 10%. 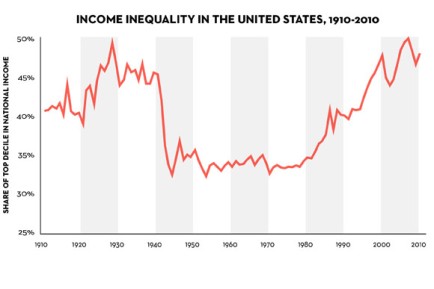 But, it hasn’t been very good for workers.

In summary, reduced taxes does not automatically increase economic growth–and, economic growth does not necessarily result in improved life style for the middle class. Growth is necessary, but not sufficient.

Very simply, capitalism is the best economic system, but left to itself, its natural evolution is to excess, without much concern for the workers. Government engagement in the process, control of the excesses, with protections for the underprivileged is necessary.

And, without that, even the wealthy will someday pay a high price. 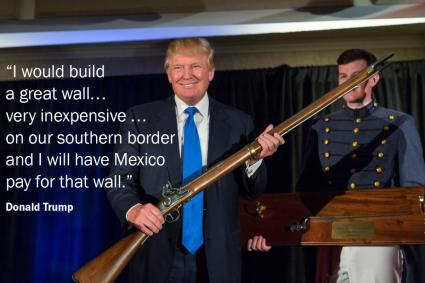 While I never wanted Donald Trump to be elected (he’s not competent to lead our country), for a moment in time, I saw something encouraging about his popular support. That was a faint hope that the American electorate might really push for dramatic change in government.

Both parties are responsible for the failure of our government. Here’s my top 10 list of the major failures of our government and our leaders, and therefore, what I am looking for in policy prescriptions from the candidates in both parties:

In Trump’s case, I admired only two things. I admired his refusal to agree to support anyone who is chosen by the Republicans to represent them in the election. I also admired his statement that he would tax some of the wealthy to make things better for some of the less fortunate. Most of the rest of his proposals were somewhere between impossible (the wall at the Mexian border, and moving all illegal immigrants out and then most of them back) or just ridiculous (what he would say to China or Mexico or Iran). But for his position of refusing to be totally Republican and his willingness to go against Conservative agenda on taxes, I admired him.

Alas, he has surrendered on the only things I found with which to admire him. He has agreed to support whomever the Republicans nominate and he has also agreed to support Conservative agenda. We’ll have to see whether he truly accommodates that latter point, but if he does, he cannot support any tax increases.

Why should we care whether someone is Democrat, Republican, or of any label? Is there really anyone among us who would agree 100% with whatever is the full party doctrine? Or even anyone who knows what all that policy is? But in the case of not raising taxes, most everyone does know–that’s at the top of the Conservative agenda.

Jeb Bush and others of the Republican candidates have thought to demean Trump by telling us he’s not a true Conservative. This doesn’t raise those criticizers in my esteem. I do not want someone who is entirely Conservative or entirely Liberal. I prefer they don’t sign up to the dogma of any group. I prefer someone who has some different ideas of her/his own? I was hoping we’d be looking for someone who was strong enough to refuse being categorized. Someone like the architect in Ayn Rand’s The Fountainhead.

As to Donald Trump, maybe the worst part of his concession was the reason he gave: Reince Preibus, Chairman of the Republican National Committee came to him (his office) and paid homage to him. That’s the reason Trump gave. And by the way, he also likes Kanye West. Nothing to do with Kanye’s beliefs or politics, just because “he’s very nice to me.” And, as to policies to deal with my list above, his specificity mostly boils down to “I’d hire really great people.” I think Bobbie Jindal has captured Trump: “a substance free narcissist.”

Unfortunately, I do not yet see anyone else sufficiently addressing the shortcomings above. So, I’m waiting for a leader who has practical plans for most of these shortcomings of our government, and I’m desperately hoping the American public is going to end up with similar demands, but it’s not looking hopeful at this time.