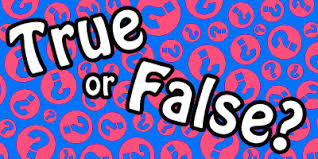 These are my choices as I end 2015! Thanks for reading my blog this year! I’ll keep trying–best wishes for a great 2016!

There are two major opposing global forces which are developing strength, increasing the probability of an impending clash.  The forces are strong in our homeland, but they are not unique to us. These forces are gathering strength in Europe, Asia, and elsewhere.

On the one side is unrestrained capitalism, which is behaving largely just as we should expect, according to its nature. On the other side is justice–economic, social, and environmental. At the moment, capitalism is by far the stronger force, but justice is advancing. 20 years ago the forces of justice were not so apparent, but then, capitalism was not as strong then. It is increasingly clear that unfettered capitalism is widening the chasm between it and justice, but as it does so, the strengthening of capitalism around the world has given birth to a steadily growing demand for more justice.

What is the evidence? One the one side, corporate profits, unimaginable wealth of the 10%, 1% and .1%. Free and freer trade, globalization, products for the masses from the ends of the globe at bargain prices Americans could not have imagined, and technological advances which benefit even those of the lowest income.  All of this seems good. There are vast benefits to capitalism, and these serve to distract from the problems unrestrained capitalism brings. And, of course, many of us hold to the illusion that yet I too can be among that 1%–so best not to tinker with pure capitalism, lest changes inhibit my own opportunity for attainment of vast wealth.

On the other side, inequality has risen to peak levels, 15 % of Americans (45 million) still live in poverty, critical workers at the lower levels are being squeezed out of San Francisco by rising home prices and rents, the smog is thick over Beijing, privileged kids increasingly go to expensive private schools with assured spots at Ivy League Universities followed by guaranteed careers, while the masses are left with public education which is starved for funds, and many young men of color have trouble finding any job. While cheap goods from abroad abound, there is little help for those who lose their jobs to foreign competitors. Most of the world has a smart phone, but the financial benefits of the technological explosion are going to the capitalists who own and create.

And, it does appear that people across the globe who do not have the opportunity of developed nations, even those minorities who live in developed nations and cannot break the barriers to opportunity, are increasingly disillusioned with today’s form of capitalism. Many of these have developed a bitterness and hatred of the privileged who have pulled up their ladders. And some of them have taken up arms against us, both abroad and in our homeland.

What can we say to Liberals who are angry at capitalists? That capitalism is certainly the best economic system known to the world throughout history. That the basic tenets of capitalism are free markets, government primarily to protect private interests and (in some countries) to assure competition, but mostly to make a profit–without any limits on the amount of profit. There is no element of concern for the environment in pure capitalism, no concern for the wages of employees. Basically, we Liberals just need to acknowledge that nowhere in the spirit of pure capitalism is there expectation that the profit motive be subjected to parallel tests of economic, social, or environmental justice.

At the same time, we Liberals need to acknowledge that there are a number of capitalists who do undertake to include some elements of justice in their agenda. Across the last 20 years, we have even seen evidence of attention to certain elements of justice by the likes of Walmart, Coca-Cola, Nestle, and BASF. There are 1,498 companies which have qualified as “B Corp” companies, by demonstrating a broad commitment to justice in their activities.  We cannot know whether such commitments to justice by capitalists are driven by growing awareness that their consumers respond favorably and buy more from those who do, whether they find better motivated employees by doing good, or whether the owners have a heartfelt commitment. My opinion is that it doesn’t matter. All of it is good. The slowly growing number of these corporations gives strength to the developing justice force.

What can we say to Conservatives who are angry with Liberals for trying to restrain Capitalism by introducing minimum wage laws, mandatory health coverage, and equal pay for women, as well as trying to force conversion from fossil fuels to clean energy? We can say that we all continue to support capitalism as the best economic system. We only differ in feeling strongly that it is the role of government to assure that capitalism is fair and just in its impact on people and on the environment. It is ridiculous for Liberals to expect capitalism to monitor and control itself in the pursuit of justice.

Most conservatives might even agree that government must assure that capitalism is fair. But it seems the agreement ends there. The conflict rises immediately upon a specific case being introduced. Take minimum wages as an example. Liberals argue that it’s crucial to get valuable workers out of poverty, and with a little more money they will spend more, which helps capitalists too. Conservatives argue that businesses will close because they cannot afford to operate with higher wage requirements and therefore, there will be fewer jobs available–hurting workers and the economy. Who is right?

Take fossil fuel controls as another example. Liberals argue they’re destroying the temperature and the climate, risking our planet. Conservatives argue that this science is not so sure and that we need fossil fuels for a few more decades for the jobs they provide and for the cheap energy which fuels our economy. Who is right?

The movement of the forces of capitalism and justice portend an impending clash. But these do not represent radically different ideologies, with only one to survive.  Regrettably, we do talk about it that way in our divisive and extremist political rhetoric. But it is not a case of right or wrong, good or evil. Unrestrained capitalism can clearly harm society and the planet. But liberal values taken to an extreme, can damage motivation, opportunity, and weaken the economy so that life would be less satisfying and rewarding. There are examples in global history.

A compromise, a balancing, would be the better solution. But, this does not seem likely. Capitalism does not yield without a fight, and seems to have a very strong constituency, even among our blue collar workers.

One of my esteemed professors in London in 2012 said history has shown the only way inequality is remedied and social justice is achieved when confronted by unrestrained capitalism, is through revolution. He argued that revolution is necessary and is a good thing. It re-orders the priorities to better suit the common good.

But who wants to live through it, or for their children to suffer that? Can the impending collision be avoided…or, will there be blood? Must we suffer a catastrophic collision of these forces?