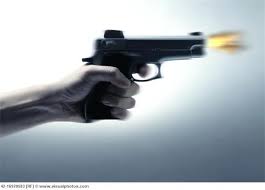 I listened to the whole town hall tonight. Did you?

How can anyone now argue that “He wants to take away our guns”? This seems to be the primary argument from the NRA, Conservatives, Republican Presidential candidates, and others, including some Democrats.

It couldn’t have been more clear that he is not planning to take away guns held by law abiding citizens. He is not. It’s not in the executive orders proposed and if it were even in the back of his mind as a purely personal preference, it would have to get through Congress. This is also his last year in office. So, even if you are not convinced that he doesn’t hope for that, it doesn’t matter.

The second argument is that these executive actions won’t solve the problem because criminals will find another way. The president used this example–if we could reduce deaths by gunshot from 30,000 annually to 28,000, wouldn’t that be sufficient success to justify the action? Can anyone really argue that this action has zero chance of preventing anyone who shouldn’t have a gun? Really–you think it wouldn’t stop anyone? Well, maybe one inappropriate purchaser who was simply denied access during the height of his rage, giving us the chance that he thinks twice the next day and does not go to the black market. Maybe you can concede that?

An associated argument is that the real risk is mental health. We should be focused on how to detect and manage gun ownership associated with mental health risks. The answer to this is yes, we should, and this needed action in no way needs to delay our attention to background checks. Let’s do both.

The third argument is that we are failing to enforce the laws we have–why don’t we just do that? Well, yes, we should, but does that mean we shouldn’t do anything else until that is done?

Furthermore, does anyone really think that Congress (our Conservative legislators, some beholden to the NRA or gun owning constituents) is ready to even discuss/debate any methods of legislating additional controls over gun sale or possession?

I’d be a supporter of going a lot further. I’m with Father Pfleger, who spoke. I’d be happy to have a national registry required. I’d be happy to have us ban entirely certain types of firearms from being bought by anyone except law enforcement. I’d be happy if titles had to be transferred when a weapon is sold. And if a weapon harms and the title has not been transferred, severe penalties would go not only to the perpetrator of the weapon, but also for the seller who failed to transfer title. As Father Pfleger said, we do that for cars. Why not for guns?

But, that’s not what our President is proposing. It is simply not what he is proposing, has remaining Presidential time to do, or could even remotely hope to do, considering the opinion of the opposing leadership in Congress.

Postscript from New Yorker on Jan 8: Poll: Republicans Would Rather Actually Be Shot by Gun Than Agree with Obama

Come on Republicans, show some backbone, get off the conspiracy to take your guns theory, stand up and take some action. If you don’t think any of this helps, step up and tell us what WOULD help, and help get it into the legislative calendar.