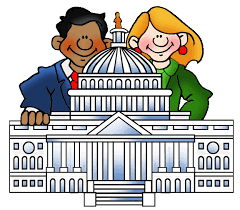 This is far from the case. I don’t know a single Liberal who just wants more government. I can’t even find one, even with vigorous googling. No-one extols the virtues of government. Everyone I know on my side of the political spectrum is critical of government–all forms of it, more so the Federal government than Local and State. We see highly flawed performance (e.g., Veterans Administration, purchasing practices in government and the military), regulations that often create more obstacles to advancement than realistic protection, seemingly bloated employee counts, burdensome pensions, and a lot more. We see this is the case under both Democratic and Republican administrations.

Grover Norquist speaks for the extreme Conservative stance: “My goal is to cut government in half in twenty-five years, to get it down to the size where we can drown it in the bathtub.” The Right likes to argue that government is the enemy of freedom. This has proven to be an effective marketing ploy when coupled with continuous demands for reducing taxes. A big swath of our citizens, burdened  by lack of jobs and stagnant wages, respond favorably to reduced taxes. Conservatives argue that all they want is protection of property rights. Some will allow a little more, but most forms of “welfare,” or “social support” programs are out. For many, environmental protection is out. Immigration is out. Human rights are out.

Conservatives want the convoluted system of tax preferences the government gives to corporations and the wealthy. They want the step-up basis in estate assets on death. They want the carried interest tax benefits to hedge fund managers. They want the capital gains advantage. They want the loopholes that enable the wealthy and corporations to pay far less than their statutory rates. They also want tariffs on foreign products, subsidies for US manufacturers and farmers, protection for intellectual property rights far beyond what is in the best interest of individuals and the economy.They want more government spending on military, some because of interests in military equipment businesses, some simply because they are hawks or see that a nationalist pose widens the Conservative political appeal, along with calls for gun rights and religious rights. All of these things are “government,” and they all cost money to maintain. Conservatives want government, but only as it serves their interests.

Liberals also want more government in some areas. We want better infrastructure, equal education, and reasonable support for those of our citizenry who need help through hard times. We want our environment protected. We want human rights protected. We think much of what we need can be financed by reduced military spending, reduced subsidies and tax breaks for the wealthy and corporations (a simplified tax code without carveouts, without raising statutory rates), by carbon, tobacco, and alcohol taxes. And Liberals I know, those who have some degree of wealth (e.g., Patriotic Millionaires, to which I belong), are willing to see our taxes increased. Many are willing to surrender a portion of their “entitlements” (social security, medicare, mortgage deductions), to help make the budget work.

State and Local governments are less the subject of criticism by either Party. The City of San Francisco is healthy financially, but my street is full of potholes. There is an official in Oakland who is about to retire with a pension of more than $500,000 per year for life. These are among the many ways we spend money locally, by state, and federally, which do not seem to make sense to both Liberals and Conservatives. In some cases, it does make sense, as Conservatives argue, to reduce Federal government by simply turning over Federal tasks to States and Local governments.  But some tasks need to be managed federally–such as infrastructure across State lines, social support programs, environmental protection, and much more. Otherwise, the United States will evolve to the Not-United States. And, localization doesn’t necessarily result in reduced taxes, as State and Local taxes increase to replace reduced Federal taxes.

While both extremes are critical of government performance, Liberals generally recognize that corporate performance is also far from perfect. We don’t want to drown government. We want to fix it. We don’t concede that as impossible. Without government, there would only be chaos, where rich oligarchs would rule individual territories.

What is the final  cost comparison when Conservative and Liberal interests in government are calculated? It’s hard to say. Reductions in military, subsidies and tax loopholes might result in less budget deficit under Democrats, even after we add back what we have lost since Reagan. Let’s save the debate over who grows GDP faster, but suffice it to say, it’s not clear that Republicans do.

The history is that both Democrats and Republicans have increased the cost of government, and perhaps Republicans more than Democrats.

3 thoughts on “No more Government, except….”