One Way to Increase Growth–Affordable Housing 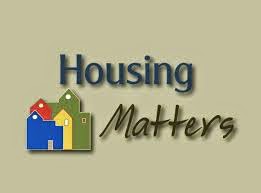 My Conservative friends tell me I put too much focus on the role of government, or on redistribution. With respect to my primary concern–inequality–they say let’s just focus on economic growth. They argue that we just need to increase economic growth.  And, they’re right–to a degree. It’s true that economic growth is necessary to enable improving the lot of the poor. They’re right that obstacles to growth hurt the chances of the poor. That’s easy to understand. Robust economic growth means more jobs, increasing wages, and more revenue for government to use in social welfare, education, and infrastructure, all of which benefits both the rich and the poor. They argue that enabling more growth requires reducing the restraining impact of government–rules, regulations, restrictions, costs. So, they argue for less government, not more.

I don’t concede the point that economic growth is sufficient. It’s necessary, but not sufficient. I argue in these pages that modest and gradual redistribution will help everyone in the long run. I argue that government needs to play a greater role in education, infrastructure, and social welfare. Those are also forms of redistribution. But, I constantly acknowledge the political reality of today–we are not likely to see much progress in these areas. And, I certainly agree there are rules and regulations we can do better without, and that government is often inefficient.

So, I am constantly looking for things we might agree on. Affordable housing should be one. The argument which should be persuasive with my Conservative friends is that providing more affordable housing will increase growth. Why would it? Because home prices in major cities have increased dramatically, resulting in many people finding they can’t afford to either buy or rent. A small studio of 400 square feet in my neighborhood of San Francisco rents for $2,500 per month. And, it’s very difficult to find a tiny home (a studio) in San Francisco for under $500,000, even condos or TICs (“tenants in common” properties).

This means capitalism is restrained in three ways: (1) It’s hard for local businesses to find employees because workers can’t afford to live in the city. If workers are forced to resort to the fringes of the urban area to find affordable housing, they may be exhausted with commuting and unproductive. And gentrification is creeping steadily out there as well. Commutes to affordable homes are extending farther and farther. Local support services needed for urban business success can’t survive because the lower wage workers (waiters, retail clerks, taxi drivers, dry cleaners, etc.), are not available, or are too expensive to hire.

(2) The homeless who can be rescued by housing for the very low income are a special case. Setting aside our moral obligations for a moment, Conservatives can understand that we can save a lot of government spending on drug programs, crime prevention, incarceration, street cleaning, etc., if we can rehabilitate these citizens,and getting them into shelter is a critical first step. Studies show an aggregate cost reduction to government.  Look at the fantastic work of Tenderloin Neighborhood Development Corporation (tndc.org) for an example.

(3) If home prices are rising beyond affordability at all levels, as here in San Francisco, potential homeowners are induced to save assiduously to try to catch up to the rising down payment requirement. This means consumers are saving instead of consuming, which means businesses experience less demand for their products. Business slows down.

This is all happening in a context of increasing urbanization. Lots of research shows more and more people now want to live in the city, not in the suburbs. It’s fun, exciting, convenient! The ICT (Information and Communications Technologies) businesses which are driving the robust growth of the San Francisco Bay Area and several other cities of the US, can do their business best in an urban environment, surrounded by services. Research also shows that raw materials cost less in cities–due to scale, transportation savings, and other factors. Salesforce, headquartered here, is hosting a conference of 140,000 people this week in San Francisco.

I am still a student of the very complex issue of affordable housing. I don’t yet have meaningful prescriptions, especially since the politics of significant change in current policies are so difficult to influence.  It is not clear that the history of government building and management of affordable housing has been effective. And, it’s now clear that the shift to the reliance on the private sector has not worked well either.

Writing in the immediate aftermath of an Urban IDEA forum in April of 2014, Tim Redmond reports on the forum’s views of the affordable housing crisis in San Francisco. I summarize some of his key points here:

Redmond agrees with Elberling that the private market just won’t even make a dent in the need. He calls for re-engagement of government, buying up dilapidated units by the thousands and fixing them up and renting or selling them to low income individuals, but on a basis where they must permanently be available only to low income citizens. The California Housing Partnership says San Francisco is about 40,000 units short of being able to properly house the very poorest of our citizens. Of Mayor Lee’s 30,000, only 10,000 will fit the lowest income category.

San Francisco may have done better than other cities in addressing this need, but we can’t be complacent. This may be like getting a D+ when everyone else is failing. Along with our strong tech oriented local economy has come rapidly escalating home prices, representing an affordability gap growing more rapidly than for other US cities.

The Economist argues that local governments should do more to solve the problem, or local economic growth will be restrained: “In Harris County in Texas, which takes in most of the fast-growing Houston metropolitan area, the median household income is about $53,000 and the median value of an owner-occupied home is $128,000. In California’s Santa Clara County, which includes the heart of Silicon Valley, the median household income is over $90,000 and the median price of a home is $657,000. A Californian moving to Texas will almost certainly take a pay cut but nonetheless enjoy a higher disposable income.” Median home price to median income is less than 3:1 in Houston, but more than 7:1 in Santa Clara. It’s worse in San Francisco, where the median income is $75,000 and the median home price just hit $1 million–that’s a 13:1 ratio!
Looking at the big picture, it seems the first issue is for citizens and leadership to conclude that this is a serious problem. I think it is, but there are still those who think it is not–let the lower income workers commute from wherever they have to, and government work only on providing transportation.  If this, along with “NIMBY” (not in my back yard) concerns prevail, we’ll just muddle along until the answer is clearer.
If the conclusion is reached that we need much more affordable housing in the urban areas– there are two broad alternatives:
(1) Return to government solutions and hire private leaders at sufficient salaries to drive to better projects which are sustainable.
(2) Or, let private capital continue, but face the reality that much more incentive must be offered private developers in order to make significant progress. This will have to come in the form of faster processing, fewer hurdles, and most clearly capital coming from the government to supplement the high level of affordability needed.

Mayor Lee has done good work in San Francisco, but our city’s rapid growth is met with only higher home rents and prices, so the need is escalating while our ability to satisfy it is limited, sufficient proof for me that economic growth alone is not the sole answer to the problems of inequality and the poor, and certainly not to home affordability.

Our inability to close the widening gap in affordable housing will affect our future growth. I imagine Houston is looking pretty inviting to new tech businesses considering where to launch.